Simple and sharp coffee packaging concept was created for Coffee Cult trademark according to their request for developing packaging with additional emphasis on ethnic native american style. The concept was based on the unusual use of the trademark logo - graphical part of the logo was maximally scaled up and thus became a keynote of the packaging. Heavy shaped «totem-face» that was stylised to the ethnic pattern has brought to the packaging not only the affinity to the corresponding epoque, but also the instinctively sensed force.

Black background efficiently contrasts to the golden-copper pantone and bright white name of the trademark. Both sides - black and golden - are filled in with ethnic pattern. As the concept was created as a base of product line, the main design was placed on the packaging and it was thought to make an individial sticker-label for each coffee kind.

Because of the clear shapes and lines, minimum details and accents, the concept doesn't only have the essential ethnic features, but also it is brutal and strong. The packaging could be easily found on the store-shelves, it has individualily, recognazibility and simplicity of perception.

To our regret the project didn't go any further. 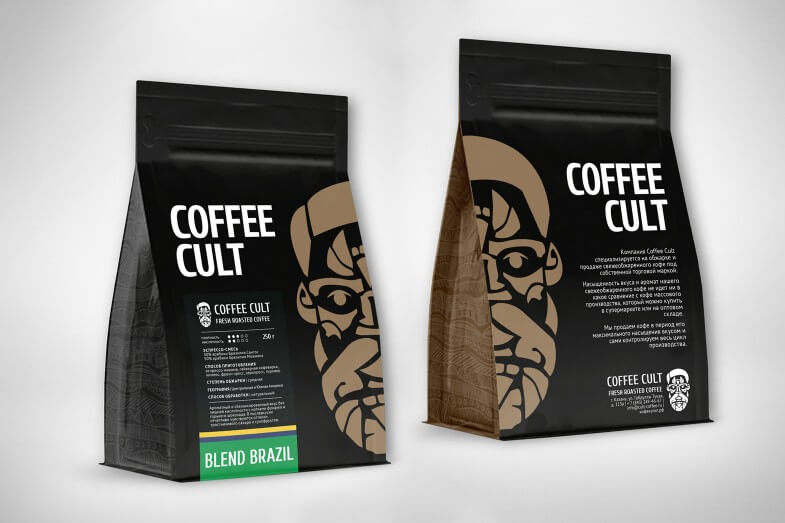 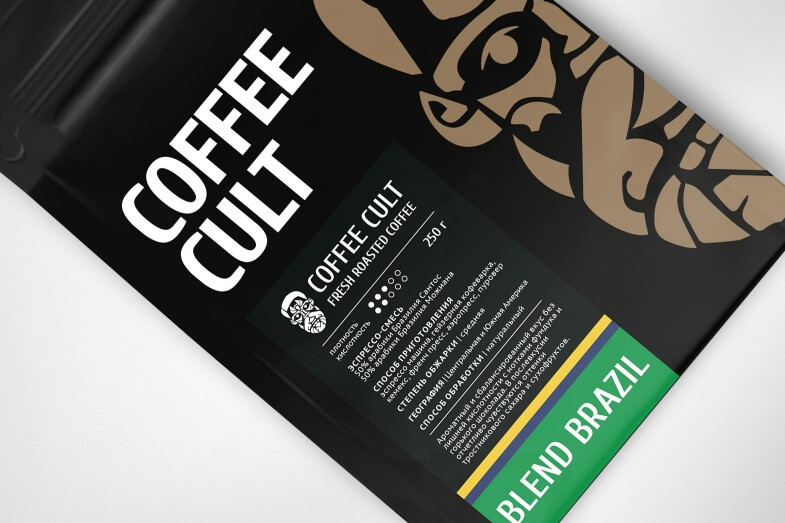 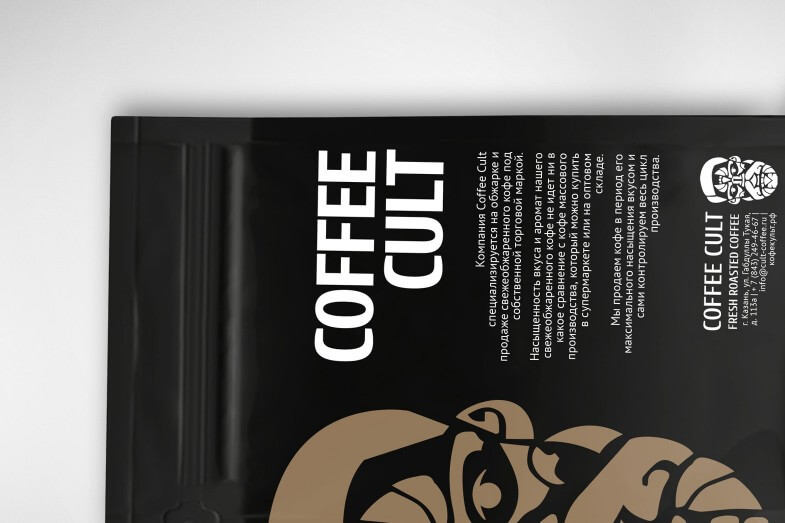 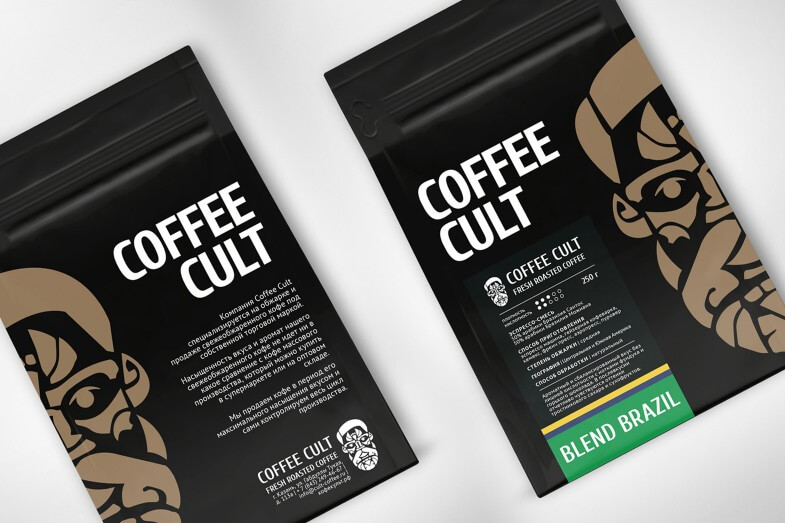