According to the client's idea, the design of El Dueño & La Dueña beer cans had to imitate a real beer mug with all the planes and edges, and a high and frothy foam beer head. And that was done - a realistic beer mug seamless texture wraps up the beer can, and together with some tricks of post  press it is shining in all the right places, so the picture looks very natural.

The design of both El Dueño & La Dueña beer cans is identical except the logotype and "light" sign, as beer differs in strength, 4.5% and 3.5% respectively. Each product line is going to contain beer cans of several volumes. 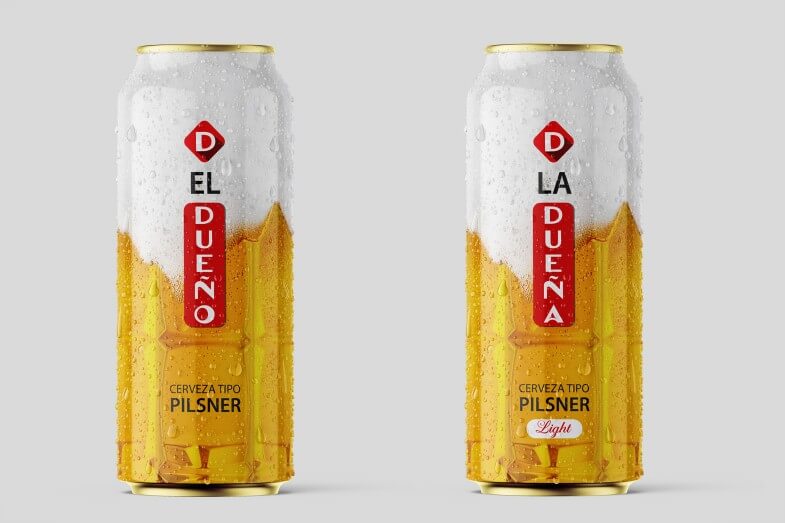 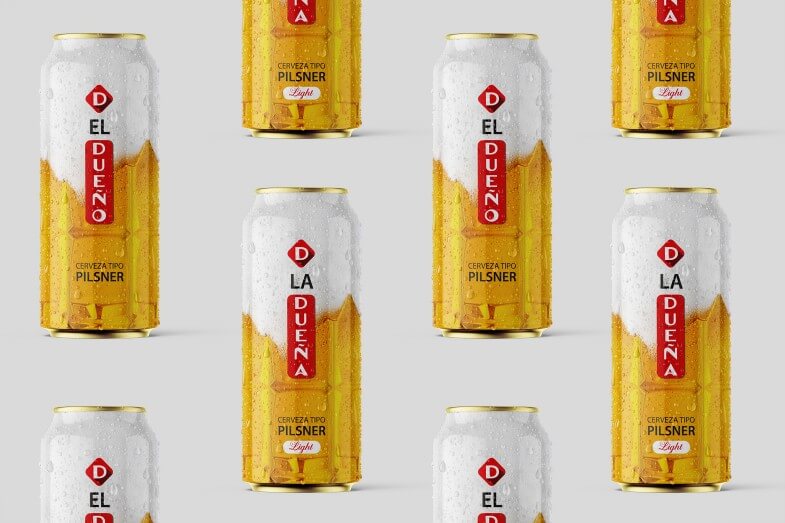 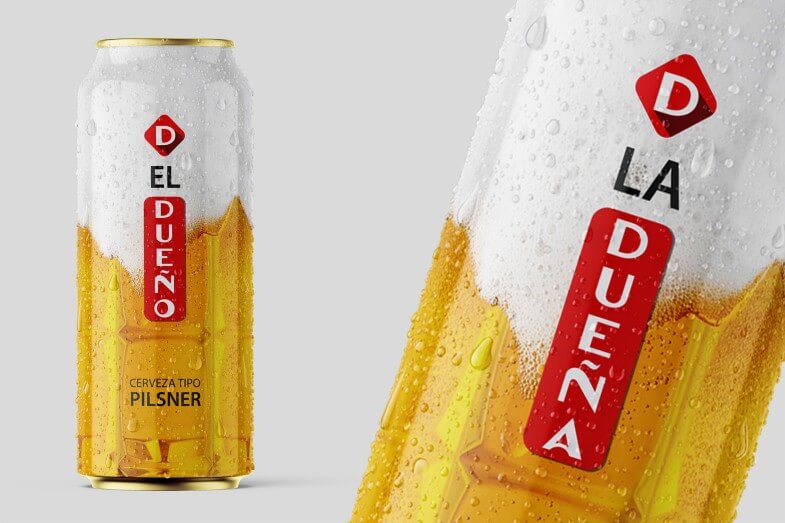 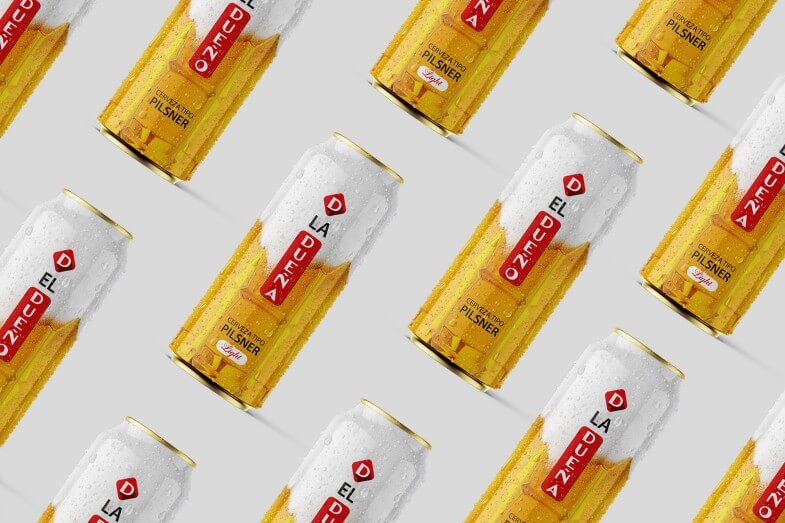